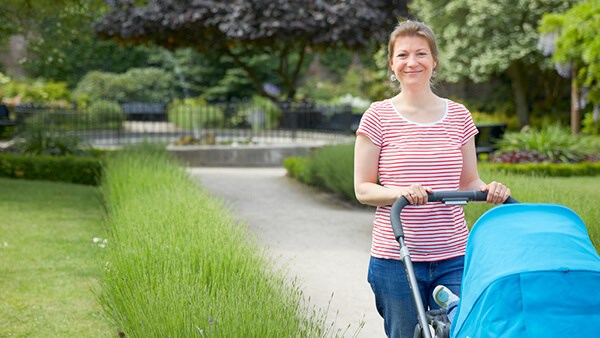 “I go walking because it cheers me up when I’m feeling low.”

By Romina, 37 from Mossley Hill, Liverpool

When Romina was pregnant she tried Mamafit pregnancy classes as a way to relieve her back problems, fast-forward a year later and she’s walking everywhere, her back pain has eased and she feels much happier.

Romina had suffered with back problems in the past and whilst she knew that a bit of physical activity could help ease her symptoms, she didn’t have the motivation to get active. She’d also experienced depression in the past but recognised that doing something for herself often helped to lift her mood.

During pregnancy her back pain became more severe and Romina knew it would only get worse as her body changed. After hearing about pregnancy classes from her midwife and finding out that she could meet other new mums there, she didn’t need much convincing that it was the right fit for her.

Even though Romina has given birth to Martha, they still regularly attend pregnancy fitness classes, which can be just as good for new mums as well as mums-to-be. Since starting at the group she’s made friends with lots of other mums and now they go walking together.

She also tries to fit walking into her everyday routine, doing things like popping to the shops and walking around the park. Although Romina may confess to being quite “lazy” she always feels the benefits of getting out the house, going for a walk and having a laugh with other mums.

“All mums will tell you it’s incredibly tiring having a baby, sometimes your mood can be so low, you’re exhausted but can’t relax. Even if you feel like you’re too tired to do anything going out for a walk will help you to relax. At times I haven’t wanted to go but I find just getting out and being around other people makes me feel a lot better.”

Phil never really thought of being active as something that was important to him until he became unwell. Now Phil walks and cycles regularly and completes a number of home activities that helped improve his physical and mental wellbeing. 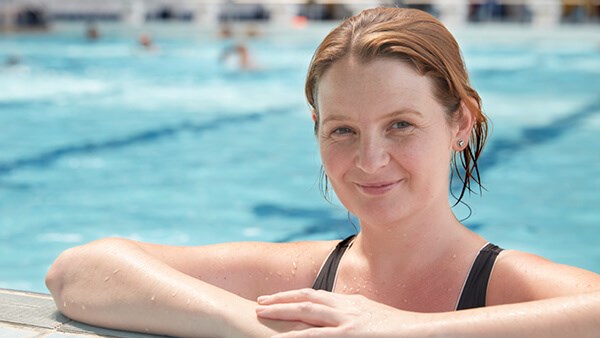 After Jennie was diagnosed Chronic Obstructive Pulmonary Disease (COPD), she decided to start being more active to help improve her symptoms. Her journey began with her local pulmonary rehabilitation course, known locally as Breathe.

Dianna’s journey originally started as a way to lose weight, but it’s actually turned into so much more. Since she’s started running she’s lost the weight, made a lot of wonderful new friends, had more energy, feels less stressed and uses being active as a way of spending time with her kids.