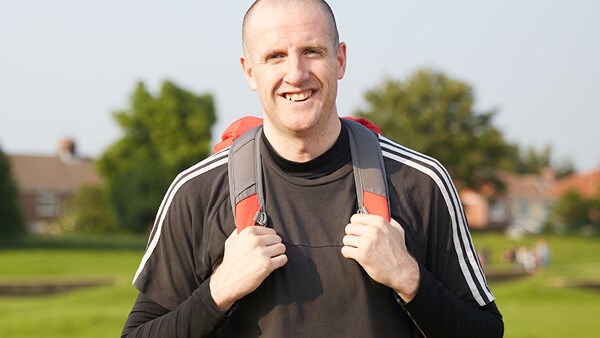 “I walk because it gives me the energy to have fun with my family.”

By Paul, 44, from Old Swan, Liverpool

Paul didn't realise how important being active was until his son was born and he had the responsibility of a young family to look after. Now at 44, he is still keeping active which helps him feel happier and more fulfilled when spending time with his family.

When Paul’s weight hit 20st, he realised he wasn’t really living the type of life he had always imagined. A combination of not eating right and drinking a bit too much meant that when his son Joseph started walking, he struggled to keep up.

Paul knew he had to make a change but the idea of going to the gym didn’t feel quite right for him, he wasn’t really sure what he’d do when he got there and definitely didn’t want to go by himself.

So he put his shoes on and went down to Doric Park, a small park near where he lives, and started walking. When Paul first started he couldn’t walk round without getting out of breath but over time this became easier and he could walk further.

This led to him to take the plunge and go to the gym with a friend. He began by walking on a treadmill for a few minutes at a time. Each week he did a little bit more, started walking a little further until he felt confident enough to try jogging.

Paul then set himself the challenge of running a marathon, which gave him a goal to work towards and really helped him stay motivated until he eventually completed his goal 10 months later by completing Liverpool Marathon.

Being active has completely changed Paul’s life, he now feels a lot better about himself both at home and work. He’s more alert, more productive and more energised, which really helps him enjoy the time he spends with his wife and children.

Since Paul started being active he’s made new friends and tried all sorts of activities he would never have dreamt of doing at the start of his journey. He’s joined a walking club, runs regularly, helps out at his local boxing gym, including coaching children’s sessions, he’s even climbed Mount Kilimanjaro!

Paul was also inspired by another Fit For Me ambassador Phil who’s story encouraged him to learn how to swim. This has enabled him to enjoy playing in the pool with his children when on holiday.

The past 18 months have been tough, but Paul has kept walking regularly and when restrictions allowed, he has continued with the boxing coaching, which has helped with his own health and wellbeing.

“I hadn’t really noticed how out of shape and unhappy I was until I made a real change. I didn’t realise how being active could positively impact other parts of my life. My advice to people thinking about becoming more active is start small, set goals and give everything a try until you find the right fit for you. It will make a difference not only in your life but to the people around you and you will feel positive even when times are tough.” 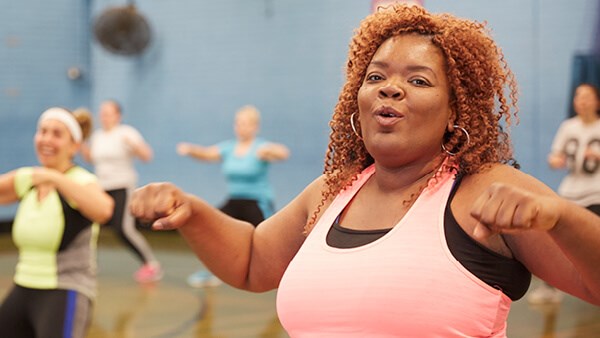 Betty hasn’t always been the positive and confident person that we see today. Being more active has taken Betty on a remarkable journey of empowerment, achievement and personal success. In 2014 Betty was very overweight. She was unhealthy and struggling with a number of other health issues.

Leila started being active to help keep unnecessary weight off during pregnancy and to have an easier birth. Now she takes part in pregnancy fitness classes every week. This makes her feel more positive and energetic.

Initially, Des started playing football to help him keep fit but as time’s gone by, it’s become a way for him to relax, make loads of new friends and enjoy some of Liverpool’s great green spaces. Des has a hectic job and family life, with two young children Isaac, 8 and Olivia, 5, keeping him very…

Despite being registered blind, Carol doesn’t let anything stop her. She’s changed her life for the better by walking more, going to fitness classes and quitting smoking, which has helped her to lose weight and make new friends.

Kerry Marie often found her busy life completely exhausting until she found the confidence to join her local running club. This has helped her make some beautiful new friendships and given her more energy to have fun with her four kids.